First a little story of times past

The first toy I ever bought for one of my children was a set of small coloured wooden blocks in a cardboard box. One inch each edge.

Years later when my eldest was twelve and no longer played with the blocks and even my youngest was eight and didn’t need the blocks, I bought this book. 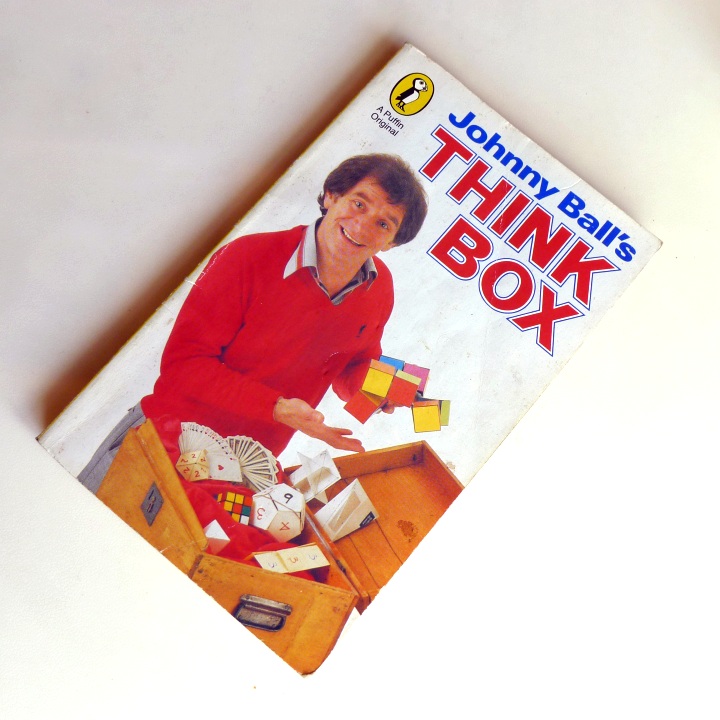 Inside it told you how to make what the author called a flexicube with sticky tape and eight cubes. So we got some tape and a random selection of eight blocks and created it.

It is rather fun because you can manipulate it in such a way that you reveal different sides and shapes and go round and round for ever.

Years later. Maybe twenty years ago, one of my children bought me an Easter Egg that came with this.

A commercial version of the same thing.

Here are a few views.

More recently I found a pattern on Ravelry that said it gave instructions for making the same thing in knitting or crochet or using plastic canvas or wooden blocks. I put it in my queue but since it cost £4 I didn’t want to buy it unless I was definitely going to use it.

I knew I would want to make a crochet version although the knitted one looked better in the accompanying photographs.

I did think that I really ought to be able to work out how to make one myself and I even got as far as designing one but never got as far as working out the crochet needed or how to join the blocks together.

And I mean that in two ways! I had been trying out a few ideas for a present for my eldest and time was getting short and my ideas weren’t getting me very far and so I decided that the time had come to make her a crochet flexicube and that had to mean buying the pattern because I didn’t have time to work up my own ideas.

Well the pattern is good in some ways. It has nets of all the eight cubes in twelve different colours but also white and numbered so you could chose your own colours.

(A Net if you have not come upon the term before is a diagram that shows all six sides of a cube laid out flat. The most common net used looks like this.)

However for me the crucial part of the pattern was the instructions for how to join these cubes together correctly.

but not when they were coloured in a particular way.

This was were the pattern let me down big time!

The only instructions for joining the cubes came in the form of a couple of photographs of actual knitted or crochet cubes where it was not at all clear how the colours related to he ones in the diagrams of the nets given earlier.

Maybe if you made all the cubes according to her colours, you could find out how to do it by a process of trial and error. Not really what I wanted. And not what I expected from a paid for pattern.

This meant that I had to fall back on my own ideas and remembering that I had bought two sets of tiny cubes a long time ago to make pentominoes.

but had never managed to find the enthusiasm to do so coinciding with having the necessary wood glue.

I made a tiny version

and started to work out the relationship between the colours and the joining.

I also found my earlier analysis of the cube where I had decided what colours I wanted to use. 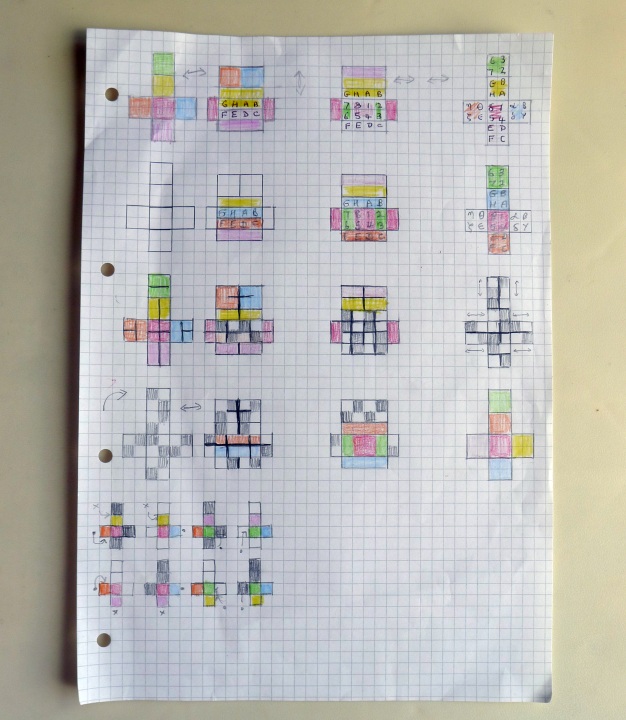 The pattern page in Ravelry showed a knitted version where the starting cube is plain and the cube you get to half way is striped. I was rather taken with the idea of a complete change between the two stages and had worked up a checkerboard version suitable for crochet.

Then I made six sides of a cube according to her pattern, altered it a bit to make a better square and joined it together, and took it apart, and tried another way, and tried again until I had got a cube shape that didn’t bubble up in the middle of the sides and realised that the cubes were huge.

Now I admit the pattern didn’t want you to stuff the cubes in the normal way. No! you had to have specific stuff to put in the middle which I didn’t have. I did think that the blurb with the pattern might have warned you of this before you bought it.

Anyway I didn’t want such large cubes, I wanted one inch ones like my one from the Easter Egg and the one we had made years ago. At least that meant they would be quicker to make.

So I worked up a nice square crochet shape of two rounds. and made the forty-eight that you need for eight cubes. Coloured middles and same colour edges so joining doesn’t show,

I made four in red, orange, yellow, green, blue, and purple and twelve each in black and white.

(Yes I know my ‘green’ is more turquoise but I thought it was such a lovely colour.)

These cubes seemed to join together more easily and I worked out a really intuitive way to understand how to join them together.

So this is the result.

Not perfect I know but I have some ideas for working up a better way of making them.

Have the supplies  now, so I can experiment.

Obviously this post is published after it was received as a present and I am happy to say that my daughter loves it even though it isn’t as well made as I would have liked.

6 thoughts on “You Win Some, You Lose Some!” 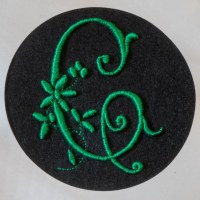 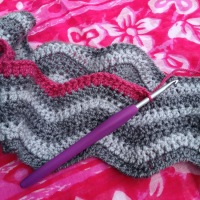 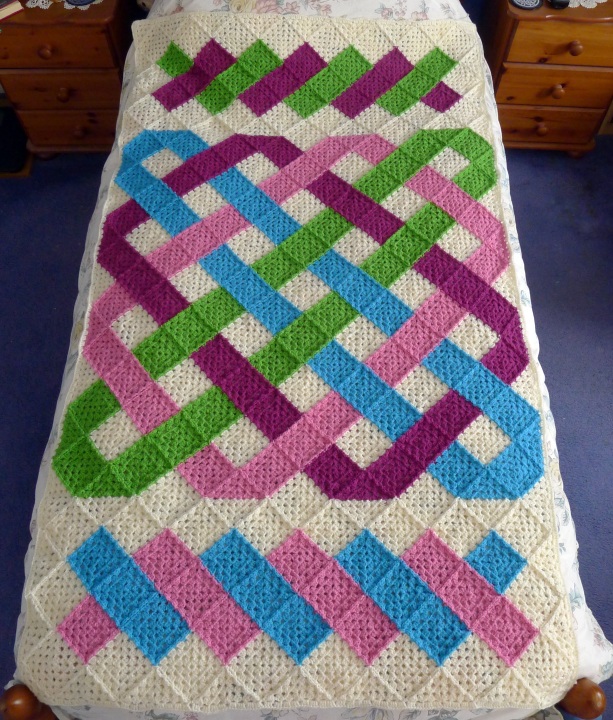