I have discovered where I was going wrong using the puffs. I was not getting them wet enough. When I made sure they were full of water then the shower gel would froth up. Not as much as with the netting puffs but with one of my shower gels, that frothed far too much in the past, this was a very good thing!

However the small one

in this picture, that I was using, does feel a bit too small in use so I decided to buy some more cotton yarn. (100g balls so I would not need to have a join.)

And made one according to the original pattern (except for the start! This time I worked 10dcs (US scs) and then 4 into each instead of 40 trs (US dcs).)

And I produced this. 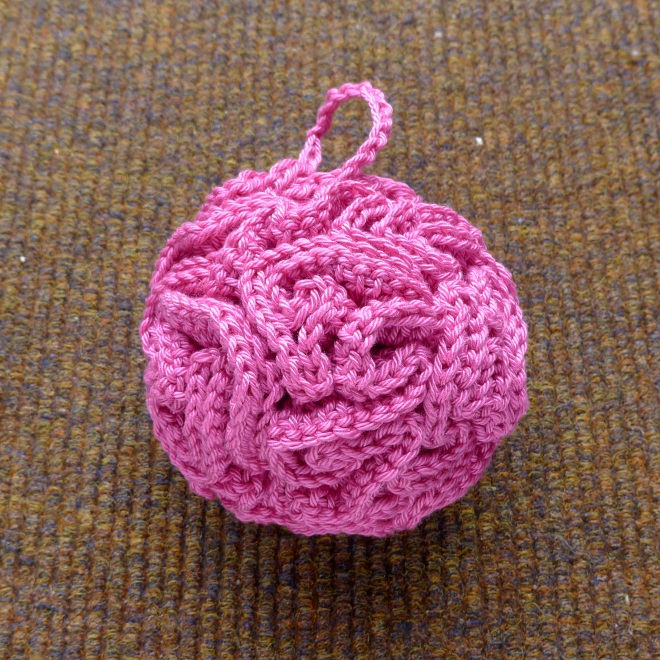 Maybe I was wrong to concentrate on making something that would dry more quickly.

The small puff I have been using took three days to dry when just hung up in the shower.

The small puff I was using weighed a little under 25g. This one weighs 65g.

I also made a puff in the blue cotton but this time I decided to start with my 40trs (US dcs) equivalent start and then try the alternate chain and trebles instead of all trebles for the other rows.

The resulting puff was a little smaller and squidgier and weigh between 40 and 45g. (This is good in that you could make one out of a 50g ball or two out of 100g). This means they would cost about £2.50 each if you made two. Just a bit more than the netting one.)

This is taken in the shower as I had used the pink puff and it was still damp.

I didn’t find that the blue puff lathered up any better than the pink one and they actually work as well, if not better, with soap than shower gel in my opinion. (I stopped using soap in the shower, as if I dropped the soap it would often break, and went on to shower gel. The cotton puffs might be a way to go back to soap though I don’t know if that would be cheaper!)

As to how long the different ones take to dry. That requires more time. The greeny grey tiny one took three days to dry. I don’t know with the pink or blue ones as at present they are both still damp!

The original pattern (https://fibersofgreen.com/2016/09/13/crochett-bathshower-puff/)  is as good or better than my alternatives, though may well take longer to get dry, but maybe if it is in constant use that doesn’t matter too much. Cotton shower puffs are soft on the skin but much harder to get to lather up so you know which bits you’ve washed! From my experience with dish cloths they should last a lot longer than the netting ones so although the original cost is greater, it would work out cheaper in the long run. 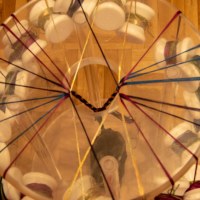 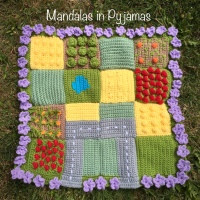 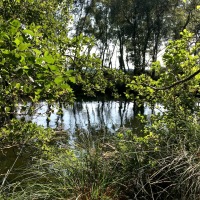 My craft and all things buttony!